Out of the Mouths of Babes (and a couple of guys, too) 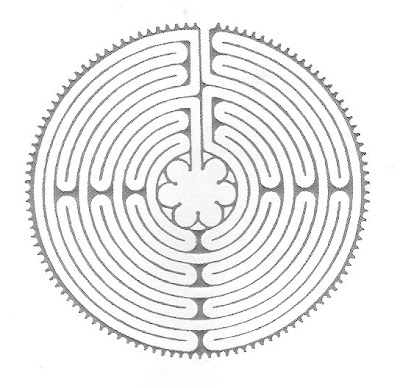 I can think of few less likely candidates to teach Sunday school than this writer. A ‘wanderer in the wilderness’ may be a bit extreme; but equally, ‘no particular affiliation’ seemed understated – casting mind back over the past forty years. Kind of the equivalent of hiring the fox to guard the hen house – but then that may have been just the job description that had surfaced for our assistant priest when she approached me last summer to do a four-week stint, at the time, eons away.

As you may have noticed, children are disappearing – not in the sinister, Golden Compass, ‘snatch ‘em for research purposes’ kind of way. Just a none too subtle fade away. So, if I may presume to climb inside the motivation of our crafty priest, I’d say she was looking for someone who might ‘connect’ with kids, particularly the senior crowd and hopefully provide a hook that would retain them in the parish for a bit longer. Someone with a sufficiently murky (or let’s just say, ambiguous) past, who, if we lined up the authority figures on one side of the room and the kids’ buddies on the other, might stand somewhere in between. Someone who, while not overtly ‘dangerous’, is not particularly bound by the conventions that populate our culture – and has been known to challenge same on occasion. And perhaps someone with a bit of a track record of being accessible and available to said kids. And so I agreed – with a condition. That I could ‘teach’ whatever I wanted.

November, being ‘the cruelest month’, rolled around too quickly and my commitment began to loom. Lynn began to lobby for some ‘catchy’ bulletin inserts with the attached realization that Sunday 1, as it were, was less than a week away. I thumbed through curriculum materials and reasoned that a cut paper collage was not likely the hook I needed to catch the interest of an increasingly sophisticated group of charges. Deep breath, settle the mind, and see what surfaces. Well that was easy – teach ‘em to meditate. A little juggling of some basic Eastern tenets, a little massaging of the suggested scripture of the week and presto – a four week prospectus that just might fly.

And so we began. ‘Don’t just do something, sit there!’; ‘The present moment: soap-on-a-rope’; ‘Pulling weeds with the Bare Naked Ladies’; and finally the habitual favourite, ‘Wherever you go, there you are: the benefits of going in circles’ – all certainly sufficiently enigmatic to rouse the curiosity of the adults in the parish. But would it snag the kids? As it turns out, I think the answer is a qualified yes. (The feedback was, albeit disinhibited by a glass of wine or two: “You’ve got a gift!”) Our little group ebbed and flowed from week to week – but it survived. What I was least prepared for however was that I would learn!

Mantras, breathing techniques, non-judging, letting go . . . all proceeded on course. We even managed to wedge the whole thing in between the processional hymn and the Eucharist. Right up to the: ‘establish a practice: regular time, regular place, daily if possible – just like brushing your teeth’. Full stop.

As a psychologist in private practice, no small part of my case load is comprised of adults presenting with variations on the theme of dealing with stress, type A personality issues, anxiety disorders, sleep disturbance, dissolving relationships, depressions. . . the list goes on. But sharing at least one common element: reactions to the complexities of an over-busy, demanding, relentless lifestyle – and generally one over which they feel they have largely lost control.

As our time together began to unfold, the ‘evidence’, so to speak, too commenced to build that this little group of mid-adolescents was every bit as vulnerable to these self same issues as were their elders. L, interested and participative as one could wish, would have eyes droop; K would shift uncomfortably in his chair; S would voice his ‘reactivity to just about everything’. No quiet place to sit. Pause for a moment – and be overtaken by sleep. These were very busy, committed (perhaps over-committed) kids – with no time! A simple body scan, intended as much as an exercise in controlled concentration, produced accounts of headaches, stiff necks, sore shoulders, upset stomachs – as the ‘places where you hold tension’ were discussed. A suggestion that we start with five or ten minutes of quiet time a day, evolved quickly into a problem solving session of ‘where I would find five extra minutes’.

What I began to consider was that this little group, so typical in many ways, had learned their lessons very well. Had learned what we teach – not by our ‘good words’; but by our not so good deeds. We had imbued them with our busy schedules; our value systems built on growth, expansion, achievement, productivity. And by extension, had taught them to be suspicious of ‘down time’, emptying one’s mind (instead of relentlessly filling it with even more information), letting go of worries (instead of clinging to anxieties about the future and guilt over past ‘failures to meet a mark’). A recent article in the New Yorker reviewing a trio of books on what is euphemistically now referred to as ‘helicopter parenting’, convincingly underscores that, in our urgency, our compulsion to have our children achieve to their ‘highest potential’, we schedule them to capacity, we coach and obsess over performance, we lobby to secure access to the ‘best schools’, and so on. The result it seems, in the short run are children who feel stretched to capacity; in the longer run, ones who will cultivate the same debilitating, perhaps counter-productive neuroses as their well-intentioned parents. Certainly not the blissful, reflective and contemplative, grounded individuals we would hope.

That some folks may have picked up on this generational hypocrisy and the need to start at an early age is evident in some very encouraging materials emerging, I think appropriately, in Australia (that would be the geographic, and evidently philosophic inverse of we Northern Hemispherites) and focusing on teaching meditative principles to children commencing as young as ages four or five. Now there’s a concept!

And as the bard would have it, all’s well that . . . Our final meeting was structured around an ‘active meditation’ – a little less of a stretch for such a busy crew. We were fortunate enough to borrow a full, eleven-ring labyrinth from a neighbouring community’s church – allowing us to ‘walk our way into awareness’. Seems like actually ‘doing’ is a bit less of a cultural leap than sitting cross-legged and chanting. And there’s hope for this old teacher as well. Actually signed up for some ‘labyrinth training’. Bit of an oxymoron, I suppose – but as close as I get to balancing bliss with productivity.

David Howard
Posted by Web Scribe at 8:40 AM