The following piece is not about mindfulness. It was, however, precipitated by a conversation, two actually, about same. The first, a short one, with my wife, following her (usual) proofing of such writing. 'That's pretty grumpy' in summary comment -- and 'where's the connection to mindfulness?' The second was with a zealous young man, fresh from a frustrating confrontation with an institution which, in place of accommodating him, had chosen to 'apply the rule book'. In need of grounding, we discussed and redirected. From reactive and impulsive action to alternatives. From impugning the 'opposition' to an understanding of the position occupied by the 'down on a lower rung' foot soldier with whom he'd been dealing. From immediacy to patience. From blindered vision to perspective. From reflex to intention. And, deciding if 'this is the hill I wish to die on' -- picking his fights. Hitting the pause button and becoming self-aware. This piece, then is my. . .

So how do you kill a rat -- or at least turn him (females deal much better with ambiguity and lose/lose situations than guys, regardless of species!) into a hopeless neurotic? Simple. Create a prohibition with no reasonable, alternate choice. In B.F. Skinner's laboratory, this might have looked like posing the 'choice' of pressing a bar to get food; and, in the bargain, electrifying the floor on which one is standing. Do what's good for you and what's bad -- all at the same time. Hmm?  As the good Dr. Skinner discovered, in the short run, you get a really confused rattus norvegicus; long term, one with tummy ulcers and. . . Or you could just plunk him on a bicycle in and around Stratford.

So, when the invite to join the incipient Stratford Bike Club arrived in the in-box, I had a careful look at the ambitious scope proposed. Laudable to be sure: raising a cycling consciousness in the community, arranging rides, disseminating information on safety, rules of the road, bike repair, liaising with area cycle clubs. Open to all ages. As a veteran rider (7000 K logged this year), cycling advocate, and longtime member of the former and now formally dissolved Festival City Cycle Club (insurance premiums became prohibitive), -- a free Big Mac and spare inner tube to the first person who can name the designer of the club's logo* -- the mandate had a familiar ring to it. Back in the day, it only made sense to promote all these sensible and appealing benefits of two-wheeled transport: community-building, environment-saving, health-enhancing. An absolute no-brainer. Evidently the siren song persists. Been there, done that -- and frankly still own the T-shirt.

The hiccup, then, as now: Stratford, as a political and committed community of motorized, four-wheeled citizens, we're not really interested in supporting those weird folk that trundle about on bicycle, blocking our right of way, and who generally don't act their age. Bikes, like Trix, are for kids, right?

Strolling along our main drag, you may have noticed a creative bit of iconography making an appearance over the past year or so, not unlike the image at the left. I, like you I expect, and always assuming you own a bicycle, made the purchase with the expectation of riding (i.e., not walking) it. If I'd wanted to walk, pushing an awkward, ungainly thing along ahead of me, I'd probably have invested in a shopping cart. But as a respectful citizen whose mom raised him up good, I am content to acknowledge that sidewalks are (as the word implies) for walking -- not riding. The riding part should take place adjacent to that part of the landscape starting with 'side____' -- again as the word and icon suggest.

Now glance to your left (or right, if you happen to be walking east on the north side of Ontario St. -- and if you're looking in the front window of the Milky Whey, you've got it backwards). No, beyond the string of parked cars -- all the way to the four lanes of traffic, politely populated with eighteen-wheelers and sport utes. And cast your mind back to our confused brown rat. We want to do our 'green' bit, reducing our little part of the carbon footprint. We want to promote a healthy lifestyle, support new club spirit. These would be the 'good' things associated with pressing the little bar in Dr. Skinner's box. But each time we do so and dutifully receive our food pellet, we get that old jolt from the cattle prod. Who knew that our pedals and bike seat were installed by Ontario Hydro? We're provided the 'choice' of getting ticketed for riding in the relative safety of the sidewalk or getting honked at, cursed out, or merely squeezed into the side of one of those parked cars. Ah, the joys of choice.

Oh, I have some solutions -- bit radical perhaps, but solutions nonetheless. Perhaps we could begin by providing a viable option to the 'don't ride here' interdict. Stratford's current idea of a 'bike path' is to build this town's equivalent of the Allen Expressway -- essentially a road to nowhere. (For those of you that may have missed it, the most glaring albatross runs along the northeast culvert of Gibb Rd. --aka, line 29 -- for one kilometer between Hwy. 7 and the rail line; happily ending in a deadend.). The Brits seem to have this sorted quite economically in high traffic areas by demarcating sidewalks much as we do our roadways: one side of the line for pedestrians, the other for cyclists.  Then there's the old fashioned idea of painting cycle lanes on existing roadways. And perhaps the most radical of all: turning the downtown core into a pedestrian / cyclist zone. 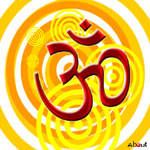 I fear, however, we may be dealing with a situation akin to that famous lightbulb -- you know, the one that's burned out and is in need of changing by a fleet of psychologists. It only takes one of that fleet to change it -- but the bulb has to want to be changed.  Until I stop feeling the zap of the cattle prod in my chamois, I'll just keep a low profile in the country and tend to my nest of neurotic, ulcerated rats. Picking my spots. Acting with intent. Om.
*Answer next week
Posted by David Howard at 6:58 AM