Ego and the Morality of Misrepresentation 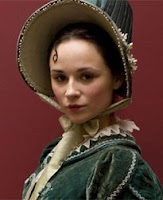 What is it with the need to be seen for something we're not? Or at least aren't quite? In the political forum, it's called spin doctoring. Not outright lying. Just putting a bit of undeserved polish on last Fall's apple. I suppose it started with a chance encounter between my wife and an old acquaintance not seen in several years. Predictably 'catch up' was initially the order of the day's chat. Exchanges of who was doing what, where one now resided, how this member or that of family had managed. . . and so on. The talk for my wife, ever the good and modest listener, evolved into something of a monologue; the theme seemingly to persuade her or at least portray for her an intervening life of successive successes, fortuitous marriages, real estate and neighborhood upgrades, and . . . well, just a very shiny apple. As the conversation was shared and processed over dinner, we were left with a few abiding queries: what's this need to convince, to compare so favorably, to be seen as. . ? 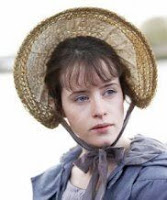 Clearly that dinner time conversation had made its mark as a similar theme presented a few more times in my experience over the ensuing few days. Next up: Little Dorrit, the typically fascinating and (always) convoluted Dickensian tale of rags to riches to rags (depending on your moral compass) of this family. Midway thru' the story, patriarch, William Dorrit is released from debtor's prison where he has resided -- and held something of a fool's court -- for much of his later adult life. His fortunes have changed courtesy of the intervention of a family friend who has befriended his daughter, Amy and unearthed the presence of the family's entitlement to a large fortune. The transformation is, however, one simply of fortune and residence.  The patriarch's values remain unchanged, driven by a need to be seen as 'what he has ever been': a gentleman of great importance and influence, as he adopts (or rather maintains) his sense of superiority, need for deference and homage, and very (very) quickly dismisses his benefactor as of no further interest to him. Most repellant to him is to be reminded of his time in Marshalsea, the debtors' prison; his most constant reminder, daughter Amy and brother Frederick who are very content to portray their grounded constancy, eschewing of the 'airs' so speedily embraced by William. A sort of 649 winner set in the 19th century.

'Can you tell me what a philosophical psychologist might be?', my wife's query as she hit the back page of our local newspaper over the weekend. Curious, I scanned the column of this sometime 'writer and academic' -- and up popped the final entry in the ethically challenged sweepstakes for the week! To the lay person, adopting such a moniker is often no more than an easy shorthand or label, useful in conveying a sort of general concept or idea or suggestion of something or other. And therein lies the problem: the adopted title does indeed convey an 'idea of something'; in this instance credentialing that carries with it a certain expertise, a weightiness to one's words and opinions. The very reason such titles are protected under the law in Ontario. Which begs the question: 'why attach it to one's writing -- in the absence of entitlement to it?' Hmm, indeed.  To be charitable, there's the outside possibility that said columnist is simply unaware of the protected status of said title. Bookkeepers refer to themselves as accountants, lay clergy as vicars, law clerks as lawyers. In ignorance of 'the rules', the forgiveness of 'no harm, no foul' obtains. We can only hope that our 'philosophical psychologist' is, indeed, ignorant. For if not. . .

In mindfulness tradition, the view of ego and its appetites may offer some measure of insight into the questions at the top of this piece. In our western culture, ego is a highly valued commodity. Possessing 'ego strength' is typically seen as a 'good thing'. It conveys a measure of self-confidence, certainty, poise; lacking it, suggests ambivalence, self-doubt, marginalization and functional invisibility.

Mindfulness teaching, however, takes a very different view of ego.  In his chapter entitled 'Deconstructing the House That Ego Built', Lama Surya Das (Awakening the Buddha Within) associates ego-ism with what he calls the three poisons; the activities in which the ego needs to engage to feel vital and alive. Again, these activities are familiar to students of mindfulness practice: like and dislike, attachment and aversion, greed and hatred -- essentially the 'enemies' of equanimity, balance, non-judgment, letting go. The fear or anxiety of not being valued or liked, not being held in high esteem or worse, being hated or dismissed, of not having the power to influence outcomes, not being 'picked for the team' -- all sources of 'ego-angst' -- may underlie some of the compulsion to engage in what I'm calling the (a)morality of misrepresentation.